The museum’s heritage is the result of the vision of its founder: Guillermo Whpei, who has collected and donated his surprising collection of historical objects and documents.
There are more than 1,000 pieces that account for the ideas and conflicts that, from colonial times to the present day, have enabled the conquest of the democratic values that Argentine legislation supports today. 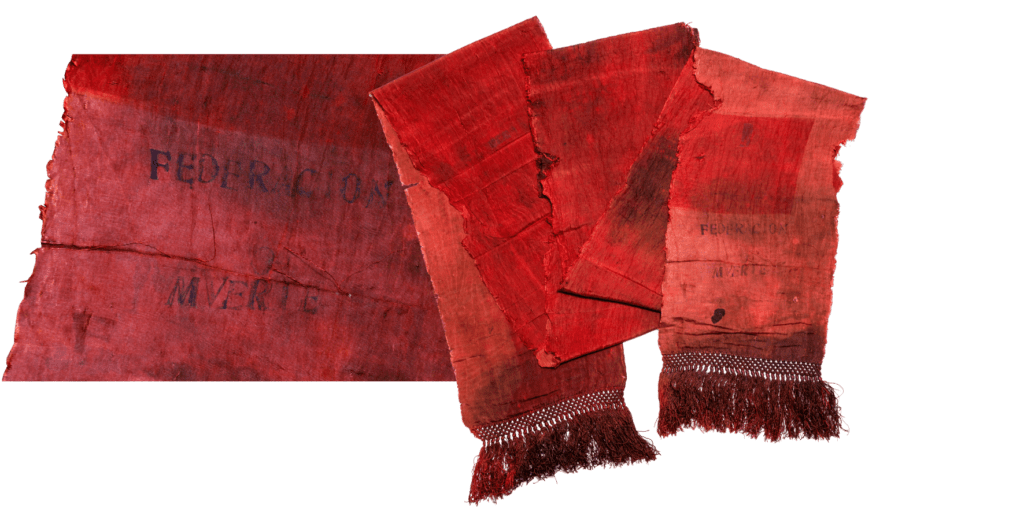 In 1832, the Governor of Buenos Aires, Don Juan Manuel de Rosas signed a decree by which he promoted the demand to use the federal headband in the territory of the Province of Buenos Aires. This badge was also known as a punz badge (for its deep red color).
It was for several years the symbol of loyalty to the federal system of government, with the curiosity that its employment transcended the days of the Argentine Confederation, which was where it had originated.
The garment bears the painted legend “Federation or death”. 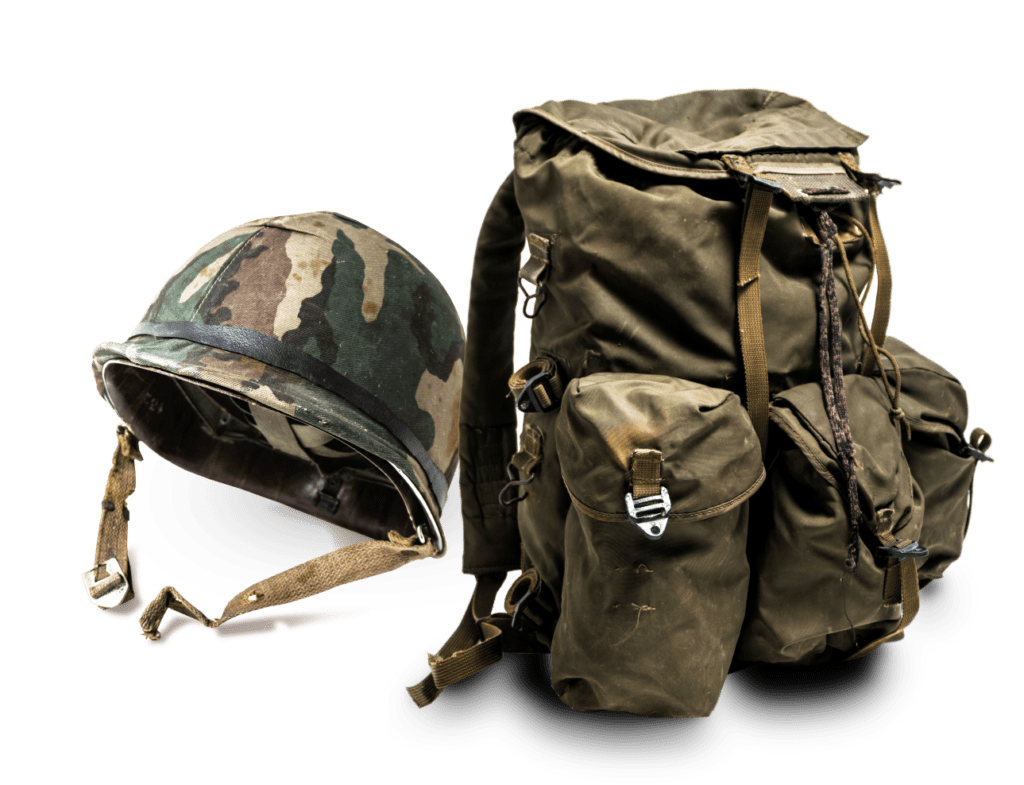 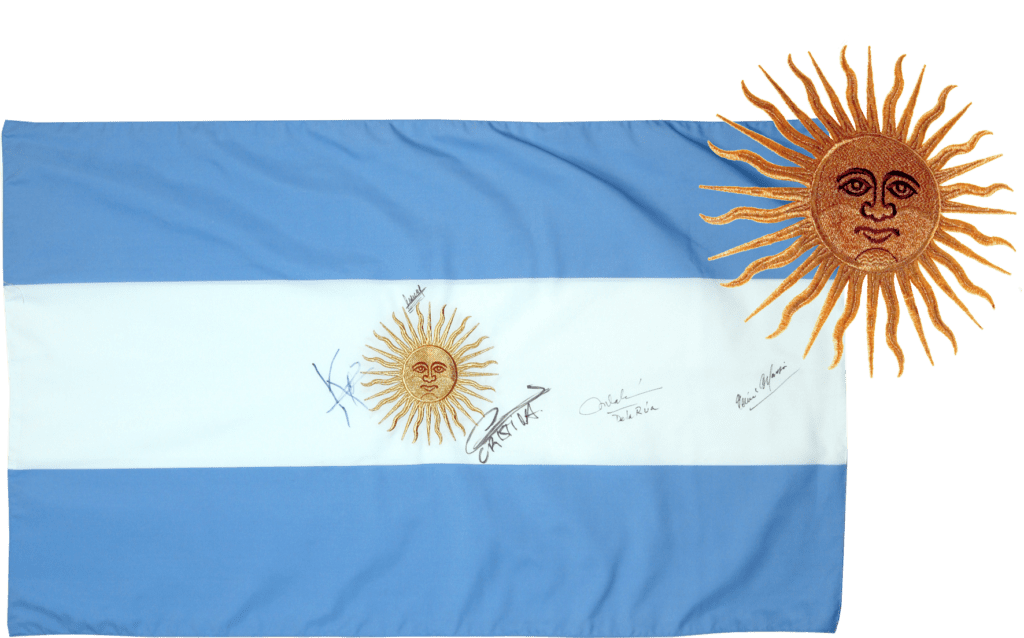 Flag signed by the presidents since the return of democracy in Argentina. 1983.

This Argentine flag with the signatures of all the democratically elected presidents from 1983 to the present is testimony to the democratic continuity in our country, but it is also an evocation of what was taken from us at so many moments in our political history: our right to choose freely. to our representatives.

ASSEMBLY OF THE YEAR XIII

On January 31, 1813 the General Assembly was inaugurated, with the purpose of achieving emancipation and writing the State Constitution of the United Provinces. The abolition of slavery, indigenous equality and the prohibition of applying torture and torture are some of the fundamental principles that the Assembly bequeathed to us.
The document is dated February 3, 1813, with the decree signed by the Sovereign General Constituent Assembly (known today as the Assembly of the Year XIII). 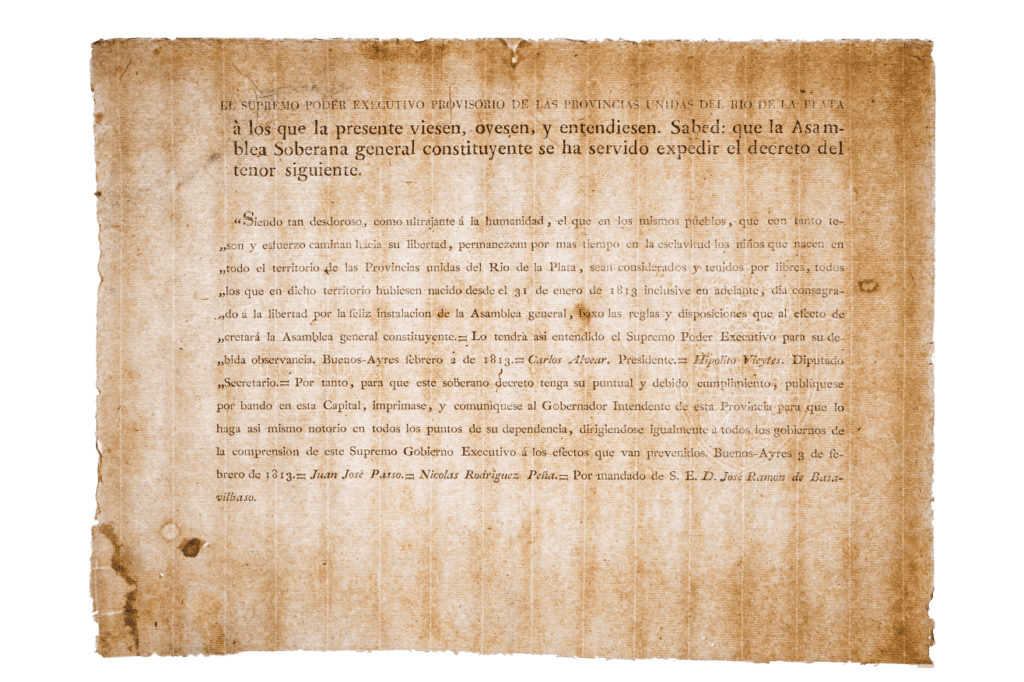 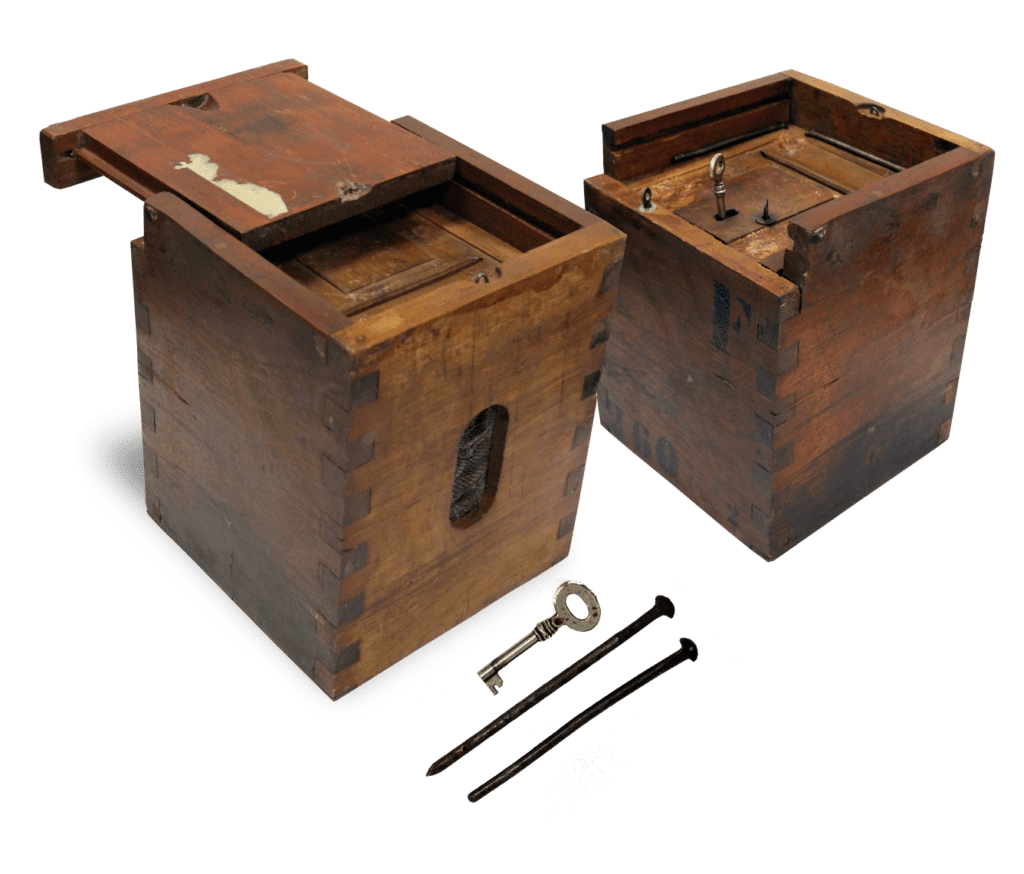 On September 9, 1947, a crowd of women gathered in the vicinity of the National Congress to demand that legislators approve the law on women’s suffrage. On November 11, 1951, women were able to go for the first time en masse to exercise their democratic right. ⠀⠀⠀⠀⠀⠀ ⠀⠀⠀⠀⠀⠀⠀⠀⠀⠀⠀⠀⠀⠀⠀⠀⠀
In the museum there is one of the urns used that historic day of 1951 and that Illustrates article 21 of the Universal Declaration of Human Rights: “Everyone has the right to participate in the government of their country, directly or through representatives freely chosen ”.

Eva Duarte de Perón, known worldwide as “Evita”, was one of the most recognized women in Argentine history. As First Lady, she assumed an important role in the presidency of Juan Domingo Perón, working for the rights of the most needy: the humble, the workers, the elderly and women.
The social, economic changes and the new place of women in those years gave an important turn to women’s clothing, and Eva pointed to these new trends.
The inevitable, natural femininity, which knew little about imposting and had a lot of innate elegance, was also part of her style and wardrobe. 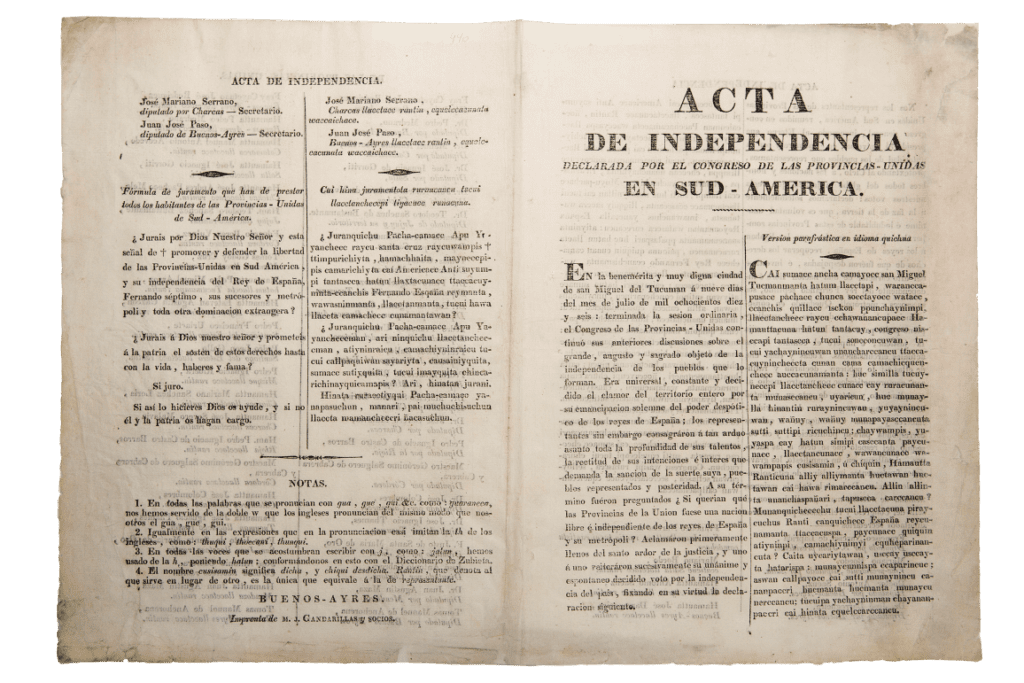 On July 9 of each year, Independence Day is celebrated in Argentina. It is an important date, since it evokes the day when a group of representatives of the United Provinces confirmed in writing their intention to end centuries of Spanish colonial rule.
The declaration of independence was a sovereign and collective act. The historic Tucumán Congress brought together for the first time 28 deputies who met and debated for many months to project a new nation. There, the first guidelines of what would later become Argentina were drawn.
The document that is part of our collection was printed days after July 9, 1816 by the printing press of M. J. Gandarillas and partners, in the city of Buenos Aires, in the Castilian, Quechua and Aymará languages.

Shackles were instruments of torment attached to the ankles, necks, or wrists of slaves. The one found in the International Museum of Democracy dates from the 18th century. It is forged in iron and fulfilled the function of making it impossible for slaves to walk, conditioning their mobility to subhuman limits. 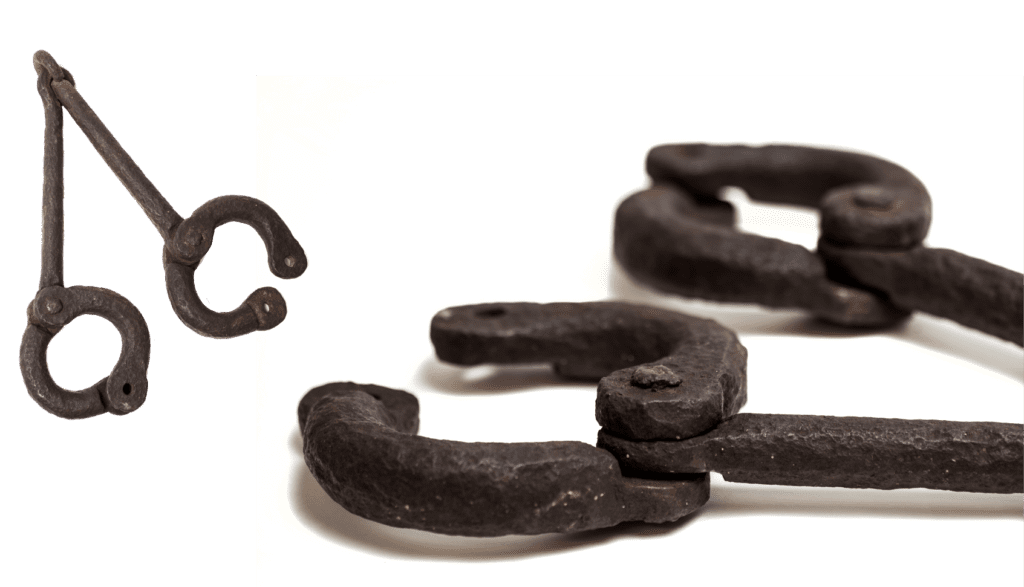 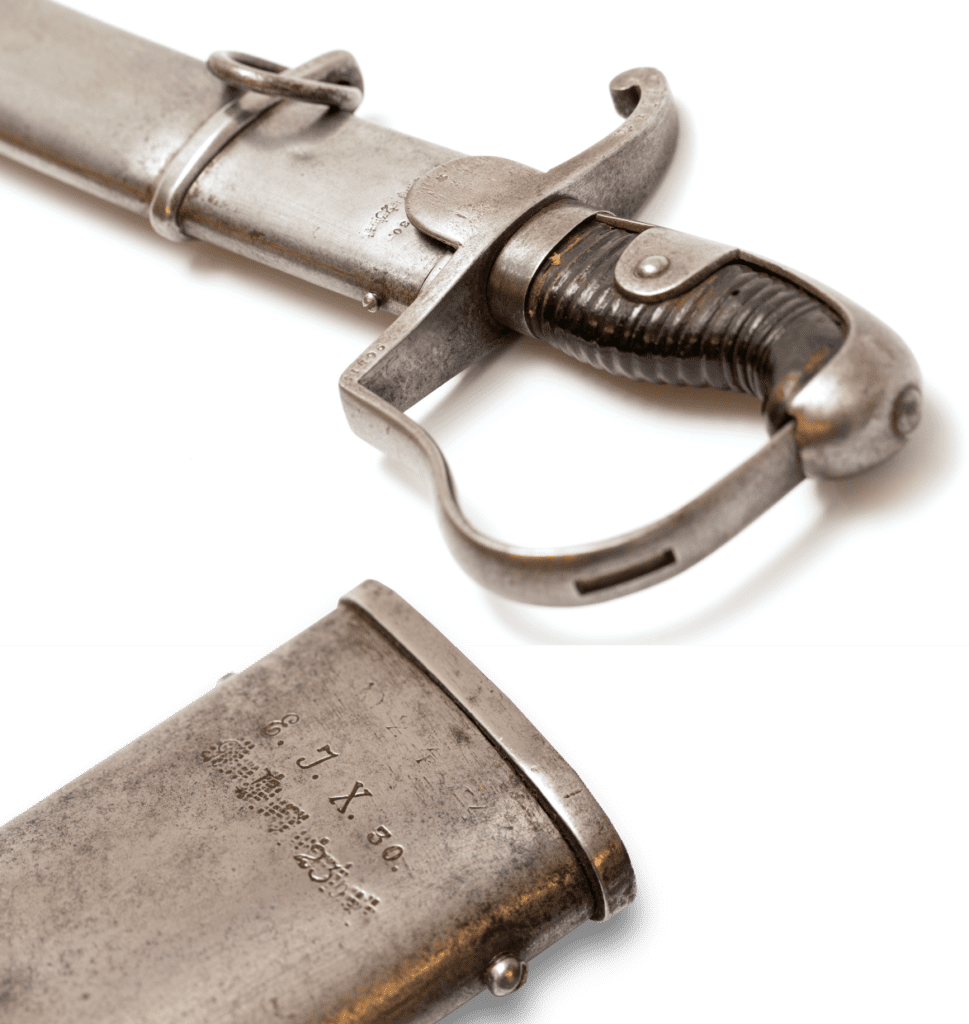 Belonging to the light cavalry of the Argentine national and provincial armies of the early nineteenth century.

The armies of the XIX century were distributed in three weapons: infantry, cavalry and artillery. Combat techniques were very simple: frontal attacks by artillery-supported infantry, while the cavalry protected the flanks or attempted to surround enemy forces.
The cavalry was small, since the Creoles disdained the cavalry and considered the spear as an indigenous weapon. Its use was limited by the lack of adequate training, but the recruitment of militias would spread rapidly among the rural population of the interior, and its prestige would increase after the creation of the Grenadier on Horseback Regiment, a cavalry body specialized in high-speed armed clashes. From then on, the superiority of the patriot cavalry was maintained throughout the rest of the war, sustained by the skill of its horsemen.
In our collection you will find the characteristic weapon carried by a cavalry soldier of that time. 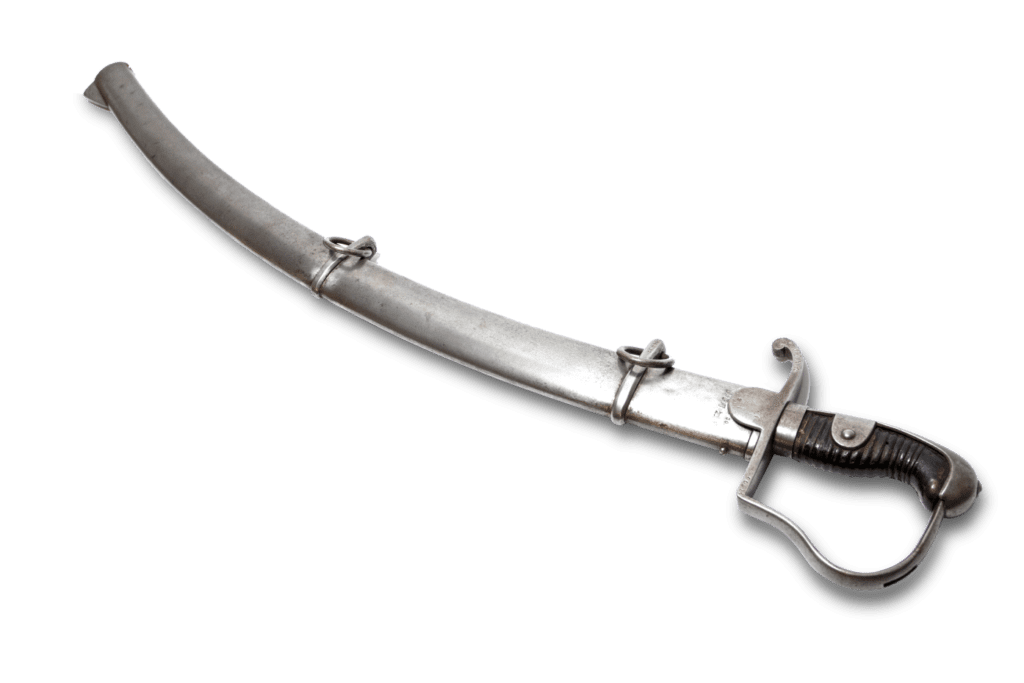 THE CURRENCY IN ARGENTINA

Collection of coins minted and used in Argentina, from colonial times to the end of the 19th century. It belonged to the Montes de Oca and Ezcurra families.
The set has outstanding pieces, such as one of the coins minted in the Potosí mint in 1813; the first that the National Bank coined in 1823; copies of the coinage from Córdoba and La Rioja, one with the bust of Juan Manuel de Rosas, and others dated after homemade, from 1853 onwards, with the indication of the Argentine Confederation. 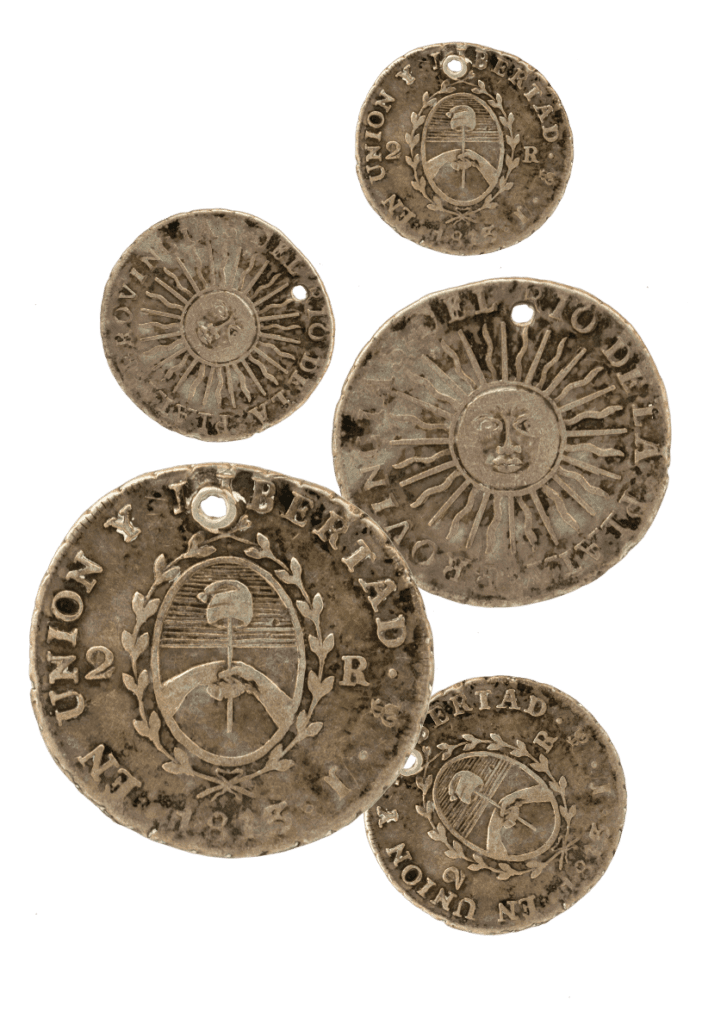 RECEIVED OUR NEWS ABOUT EXHIBITION AND EVENTS